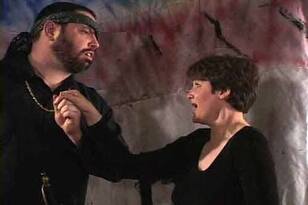 The Acting Singers Project was incorporated on February 28, 2000 and later gained 501(c)3 status which allowing us to receive donations that can claimed on our donor's taxes. So far our two largest were from The Town of Deham Cultural Council for $500; and from Daniel B. Kelly for $12,000.

​Some of our experiments failed, but in general there was a freshness, an excitement and a realism to what we produced. Most, but not all of our attempts are featured on this website: some are presented only with audio, while others can be seen and heard as well. We hope that you enjoy this experience. You can visit us
with the button below: